Find out more for yourself — Click the underlined links to read the source documents.

The UFCW locals in Illinois send the majority of workers’ dues money back to the International union, or use it to pay for their own staff and officer salaries.

If you’re considering joining the UFCW, it’s not just the International union’s spending that you should consider. Each local union — including the one you would be a part of — has its own expenses and spending habits as well.  It’s important to understand where the money you pay in dues is actually going.

UFCW has two main local unions that represent workers in Illinois: Local 881 and Local 1546. Last year, 85 percent of the dues received by Local 1546 went back to the International union or to pay executive and staff salaries for the local. Local 881 spent 74 percent of workers’ dues on the similar expenses.

In 2019, UFCW Local 1546 collected $7.5 million in union dues. That year, the union’s expenses included: $3.672 million paid to UFCW International in Washington, D.C., as part of what’s called the “per capita tax”; $1.378 million to cover officer salaries and disbursements, including a $188k salary for the President and $186k salary for the Secretary-Treasurer; and $1.4 million for employee salaries and disbursements. 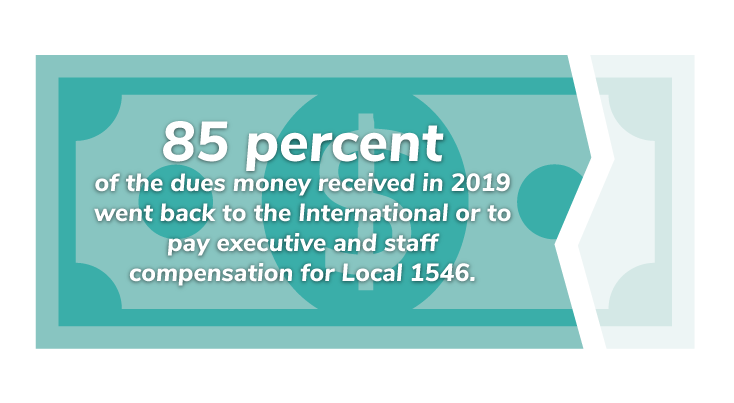 In 2019, UFCW Local 881 collected $15.6 million in union dues. That year, the union’s expenses included: $6.4 million paid to the International as part of the per capita tax; nearly $2.3 million to pay for officer salaries and disbursements, including $246k for the President and $227k for the Secretary-Treasurer; and $2.8 million in employee salaries and disbursements. 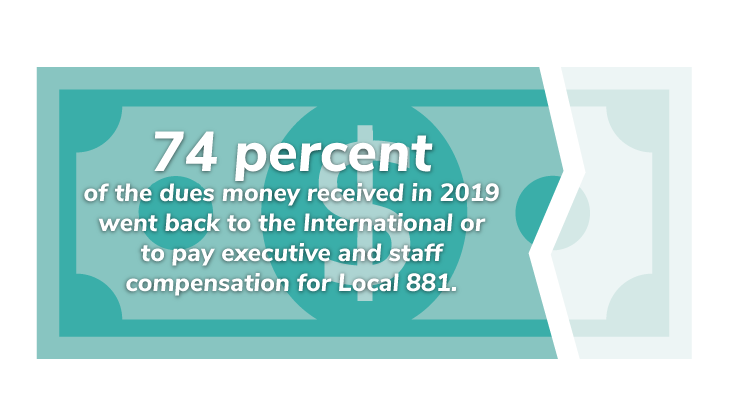 Oftentimes, multiple members of the same family (or relatives in the same family) will be employed by a union local. At Local 881, there was a recent President whose son served as Executive VP and then Secretary-Treasurer. Now, the son holds the top job. Over two decades, the union made more than $11 million in payments to that same family.

If you’d like to further research the spending of each union local going back five years, links to the LM-2 filings are included below.

Shopper’s Question: If I join the UFCW, will the union expect more of me than just paying dues?

Instacart’s Answer: The answer is yes. The UFCW has a constitution and bylaws --- which you will be legally bound by if you decide to be represented by the UFCW. Learn more about the rules the union will require you to follow in the next section.